Washington DC – We at the Institute for Policy Studies join the world in celebrating the life of the iconic global leader President Nelson Mandela.

We express our deepest condolences to the Mandela family and the people of South Africa. While all in the human family are mortal, the spirit of this revolutionary freedom fighter lives on.

We join with those on the streets of Soweto and other areas of South Africa who dance in celebration of the legacy of Mandela.

“His wisdom and goodness were the brightest stars in our moral galaxy.
His courage inspired all who struggled for justice.
His vision gave sight to those who otherwise might have been blinded by hate.
His truth will live forever.”

James Early, IPS Board Member, said, “Mandela, a social-individual grounded in traditional African cultures was a modern universal revolutionary, humanizing force for democracy against white supremacy, poverty and all forms of oppression and exploitation. He transitioned to the Ancestors but will always live in human acts of freedom, dignity, equality, and justice.”

Phyllis Bennis, Director of IPS’s New Internationalism Project, said, “Like all great leaders, Mandela not only led and shaped a powerful movement but was shaped and strengthened by that movement. Madiba, with all of his comrades and those who have come later to continue his work, shaped much of not only South Africa’s struggle but so many of the global struggles against imperialism, racism, war. It remains for the rest of us to continue the struggles still left undone — against poverty, against exploitation, against occupation…. we have a lot of work to do.” 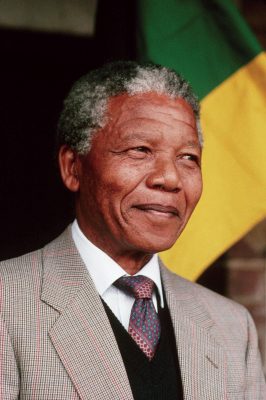 Emira Woods, Co-Director of IPS’s Foreign Policy In Focus, reflects, “Mandela the revolutionary, the freedom fighter, led a movement for justice, human dignity, and freedom. Mandela and the anti-apartheid movement succeeded in gaining political emancipation, yet true freedom remains elusive in a nation and a world plagued by massive inequality. The best tribute to Mandela is to honor his legacy by continuing the struggle for economic justice in South Africa, the broader African continent, and the world.”

Bill Fletcher, IPS Associate Fellow. Fletcher is a columnist for BlackCommentator.com and a former president of the TransAfrica Forum. He wrote: “Nelson Mandela will be mourned and celebrated. But something else will happen. There will soon, probably very soon, be efforts to reinterpret his life. I do not mean leaving things out, as happened in the otherwise excellent film just released about his life. Rather, as we have experienced here in the USA with great leaders like King and Malcolm, there will be efforts to convert Mandela into a very safe character in order to advance the ends of the global elite. We will, for instance, not hear much about Mandela’s refusal to renounce armed struggle against apartheid, even though such a renunciation could have resulted in his release much earlier. We will not hear much about his expressions of gratitude to the Cuban people for their consistent support to the people of Angola, Namibia and South Africa who were fighting the South African apartheid regime. We will not hear about Mandela’s consistent, unwavering support for the Palestinian people’s struggle for national liberation.”

John Cavanagh, IPS Director, adds, “I would consider Mandela one of the three greatest leaders of the 20th century, up there with Gandhi and King. We celebrate a life that has inspired new generations of global activism.”

IPS was proud to play a critical role in the anti-apartheid movement. In 1977, IPS began a South Africa project that produced a series of studies and books on the subject. In 1985, IPS Fellow Roger Wilkins helped found the Free South Africa Movement, which organized a year-long series of demonstrations that led to the imposition of U.S. sanctions.

Today we draw inspiration from Mandela to continue the struggle for a better world. Guided by his powerful words, we are reminded that “it always seems impossible, until it is done!”

The Institute for Policy Studies is celebrating its 50th year of turning ideas into action. IPS is a community of public scholars and organizers linking peace, justice, and the environment in the U.S. and globally. We work with social movements to promote true democracy and challenge concentrated wealth, corporate influence, and military power.