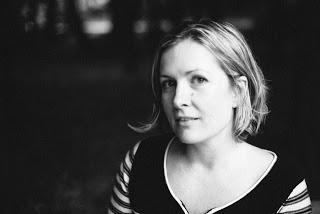 Talking Outside the Bounds: “Strumpets,” History, and White Privilege

This reprimand was one of the mechanisms by which racism is maintained and one of the reasons white people stay quiet about racism.

The email called me “whorish” and the “strumpet of a carpetbagger.” It called my recent editorial about my grandfather “revolting.”

Hot damn. Really? I had just published a New York Times editorial about a painful incident during the Civil Rights movement in Danville, Virginia. My grandfather wrote a letter of protest to a judge who had doled out stiff sentences to Civil Rights protestors. Arrested for writing the letter, my grandfather served a bench warrant and was ridiculed and publicly humiliated in his small mill town.

In my article, I retraced the events. I meditated on some of what had been at stake for my grandfather, a white man, to speak out against the brutal violence and stark injustices faced by black protesters (and black people). I meditated about how my grandfather’s action both was and was not adequate protest to the era’s injustice. And I’d interviewed the minister who organized the protests, Lawrence Campbell, to see how he looked back on that time now.

My piece mostly got a warm reception. What surprised me was that this virulently sour note, in my inbox, had the power to make me feel—at least briefly— ill, angry, defensive, hurt, small. I felt singled out, threatened. Eventually I called some friends and laughed off the hurt. After all: The man was accusing me of tying Danville to this violent and unsavory history—yet he was the one calling me a carpbetbagger. Oh please. Dear sir, I regret to inform: It’s hard to escape history if you go around calling people strumpets.

As I thought about it more, however, it seemed to me that this reprimand – its unpleasantness, its rotten smell – was one of the mechanisms by which racism is maintained and one of the reasons white people stay quiet about racism. If we talk outside the bounds, we might get dinged.

Read the full post on Split This Rock’s blog.

Tess Taylor currently reviews poetry for NPR’s All Things Considered and teaches writing at the University of California, Berkeley. Her first book of poems, The Forage House, was released this month by Red Hen Press. She lives in El Cerrito, California. Tess will be reading from The Forage House at Sunday Kind of Love, Split This Rock‘s series in collaboration with Busboys and Poets in Washington, DC, January 19, 2014.

Embrace a history of love, solidarity, and hope with IPS.