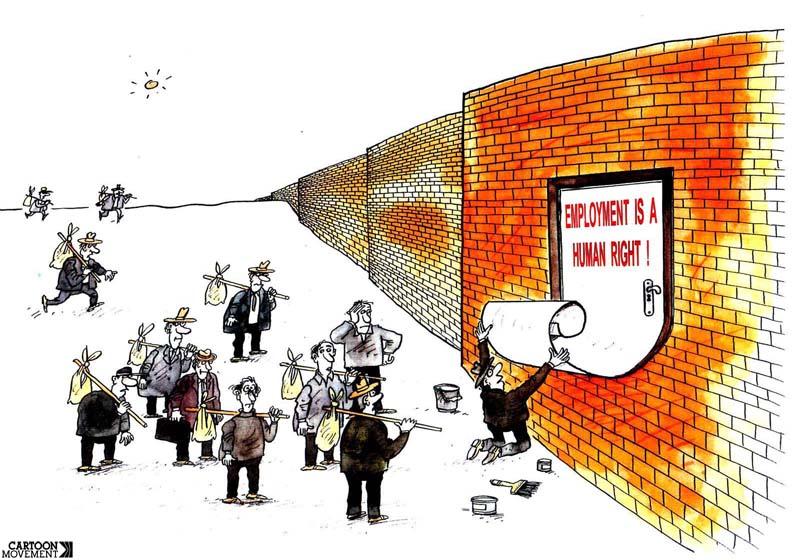 Chavez: Lest We Forget

Comparing Hugo Chavez’s accomplishments to his U.S. obits was like taking a trip through Alice’s looking glass.

Why is the Obama administration pressing Europeans to increase military spending? And what should it matter to Washington if Britain remains in the EU?

The Republican obstruction of job-boosting policies helps the GOP run against a bad economy.

Finance should once again support the real economy of goods and services.

The District Has a Youth Unemployment Crisis

DC youth between the ages of 16 to 19 are in crisis. They are experiencing unemployment levels 2.3 times the national average.

This Economy Stinks Worse than You Think

Too many top economic commentators are drawn from a pool of talking heads and economists who treat the welfare of corporations as a top priority.

Legislating Under the Influence

Get Jobless Americans Back to Work

With apologies to David Letterman and millions of other habitual list makers, here’s my top-10 wish list for this year.

Unemployed and under-employed Americans are enduring hiring discrimination as well as financial and emotional distress.

The economy looks good to John Paulson, since he made $5 billion last year.

There are 46.2 million Americans living in poverty.

Millions of jobless Americans can’t get work precisely because they’re out of work.

Press Statement on Obama’s Job Speech: The Good, the Bad, and the Missing