Author Event: Party in The Street

The Institute for Policy Studies co-sponsors a discussion and signing of a book on “The Antiwar Movement and the Democratic Party after 9/11” by Michael T. Heaney and Fabio Rojas.

Too Big to Ignore

The gap between rich and poor has grown so vast that even Fed chief Janet Yellen suggests it’s un-American.

Join veteran labor journalist and Institute for Policy Studies associate fellow Sam Pizzigati for a discussion and signing of his new book.

When will the really huge crowds come out to the streets?

What Comes Next?: Building on Occupy and the 99% Spring

Many movements, many similar messages. What could the increasing cooperation between protesters mean for the future of the ninety-nine percent?

99 to 1: How Wealth Inequality Is Wrecking the World and What We Can Do About It

Chuck Collins’ new book provides revealing and powerful information about inequality in all realms of today’s world, including individual wealth and power, corporate wealth and power, media control, political influence, and other areas.

Veteran writer and activist Noam Chomsky is not one to watch the Occupy movement from the sidelines.

Review: Why It’s Kicking Off Everywhere

The global protests that took place in 2011 did not come out of nowhere. 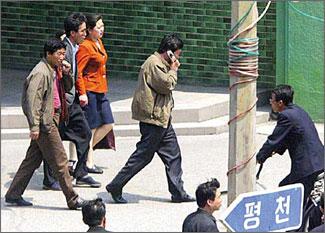 Beyond the Golden Couples of Pyongyang

It’s not likely that an Occupy Pyongyang movement will set up tents in Kim Il Sung Square anytime soon. But the same widening inequalities that plague the United States and the global economy can also be found inside North Korea.

New Book: 99 to 1: How Wealth Inequality is Wrecking the World and What We Can Do about It, by Chuck Collins

In “99 to 1,” Chuck Collins pulls together detailed information about the 1 percent and the 99 percent in all realms of society, the causes and consequences of this deep inequality, and what can be done about it. His book provides answers to the growing population of everyday Americans who are paying closer attention to the 99 percent movement.

A new book on economic inequality puts environmental sustainability at the heart of global economics.

Occupy vs. the Global Race to the Bottom

Incorporating corporate globalization into the Occupy analysis and agenda.