In a field defined more by conformity than contradiction, here’s where the candidates split.

Why start another body count in a Middle East conflict with no direct relationship to U.S. security?

Despite Horrific Repression, the U.S. Should Stay Out of Syria

What can we do in Syria? Unfortunately, not much.

Mitt Wants to be President – This President

Conservatives are going to bed very nervous tonight. They must be realizing that Mitt really is the liberal they were afraid he was. Peace, love, and… gender equality? 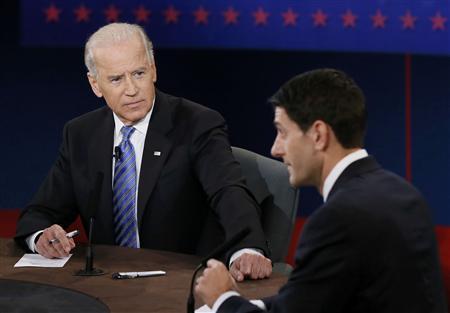 The ‘Buffet’ Rule’: Winning the Debate but Losing the Vote

Chuck Collins, author of the newly released “99 to 1: How Wealth Inequality Is Wrecking the World and What We Can Do About It” weighs in on the U.S. News & World Report debate over a potential new tax for top-earners.

Debate: Are “Failed States” A Product of Modern Globalization?

A debate on the motion that “Failed States are a Product of Modern Globalization.” Moderated by Foreign Policy magazine Editor-in-Chief Susan Glasser. Debaters include Col. John Agoglia (Ret.), Vice-President of IDS International; Emira Woods from the Institute for Policy Studies; Paul Wood, the President of Pax Mondial; and  Dr. Arvind Subramanian of the Peterson Institute for International Economics.

Debate on Globalization: Threat or Opportunity?

The IMF’s stated mission is to create and maintain macro-economic stability and to assist countries having solvency issues with their balance of payments. There are those who assert that the IMF is actually a destabilizing force within the global economy, while others believe that the countries themselves are to blame for poor economic choices.  In a provocative contest of perspectives and analysis Rick Rowden, a long time critic of IMF policy will challenge Eugene Nyambal, former Senior Advisor to Executive Director at the Board of Directors of the IMF.

Palin and Biden both uttered an alarming number of false and misleading statements.