Under Obama’s leadership, Washington is finally coming to terms with the world’s multipolarity.

Latin America itself got scarcely a mention in the U.S. presidential campaign, but a new generation of voters has put it on the agenda.

Obama’s real legacy could be accepting America’s changing place in the world.

Obama can stem the decline of U.S. influence in the Middle East, but only if he gives the people of the region a reason to want it.

Join us on livestream for a night of what you won’t hear in the mainstream media.

Nearly half of Pakistanis believe they should have the right to vote in U.S. elections.

I’m not going to let Obama hold my hand in public until he starts acting like the man who courted the climate community before the last election.

The final stretch of the 2012 campaign has turned into a bipartisan exercise in imperial chest-thumping.

The Horses and Bayonets Strategy

Why Elections Matter, and Why We’re Still Arguing About It

Anyone who thinks that choosing a “better” leader for the U.S. empire will somehow bring about “radical transformations” has been watching too many campaign infomercials. Only powerful social movements can do that.

TPP vs. the Environment

A panel discussion about President Obama’s TPP expansion of hydro-fracking and Mining and is risks for our jobs, environment, food, and health! 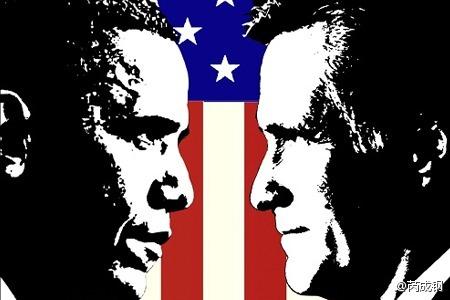 Neither Obama nor Romney is being honest when it comes to U.S. trade with China.