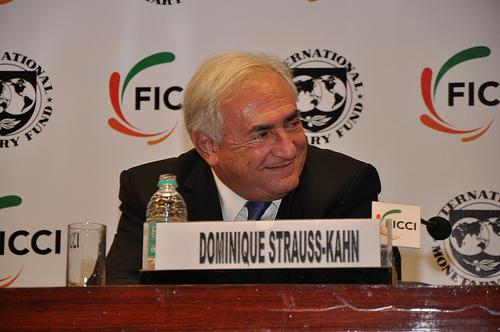 Some Good News, at Last

The fact that one of the world's most powerful financial officials could be arrested and thrown in jail for assaulting a chambermaid gives me hope for my country.

There’s been a lot of bad news lately — wars, revolutions, earthquakes, floods, famines. It’s getting so you need a drink before you’re ready to face the evening news.

Which is why when something cheerful happens, I take time to savor it. Like, for example, Dominique Strauss-Kahn’s arrest.

The highest-ranking International Monetary Fund official, a man with a good shot at becoming the next French president, Strauss-Kahn was recently indicted on charges that he sexually assaulted a housekeeper in a Manhattan luxury hotel suite. He’s now under house arrest.

I find that exhilarating. The fact that one of the world’s most powerful financial officials could be arrested and thrown in jail for assaulting a chambermaid gives me hope for my country. He wouldn’t have been arrested in France, that’s for sure, and not in most other countries.

His lawyers are hinting that he’ll claim it was a consensual hookup. Sure. That’s what every hotel maid dreams of: a quickie with an out-of-shape old guy whose skin resembles the drapes in a funeral home.

Not that I’m convicting him, you understand. Presumption of innocence and all that. But he does have a reputation as something of a satyr at the IMF and elsewhere. The woman, by all accounts, is a modest, devout Muslim. Who do you think is telling the truth? 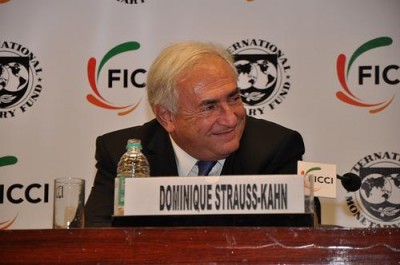 Only a few weeks ago he told an interviewer who was questioning him about his reputation: “Yes, I like women — so what?”

We really shouldn’t let him get away with comments like that. Men who like women do not try to rape them. That is the opposite of “like.”

More likely, he’s a creep who hates women and fears them. Just a guess.

In almost related news, Arnold Schwarzenegger has admitted fathering a child with his housekeeper a few years before becoming the governor of California. And, in a Hollywood touch, he kept his wife uninformed until just the other day, and kept the housekeeper in the house for more than a dozen years. I have two things to say about this.

One: anyone surprised that Conan the Barbarian would cheat on his wife is guilty of first-degree naiveté.

Two: anyone surprised that his wife, Maria Shriver, pretended not to catch on is guilty of first-degree, aggravated naiveté, with oak leaf clusters. Shriver is a Kennedy. Kennedy men fool around and their women are expected to look the other way. That’s the deal.

But back to the cheery side of news: Harold Camping. He’s the 89-year-old evangelist who predicted the Rapture would arrive on May 21, sending God’s children to Heaven. The rest of the earth’s miscreants were, he said, to be subjected to five months of fire, brimstone, and plagues, until on Oct. 21, the world was supposedly slated to end.

I love crackpots like Camping. They add texture to our lives, not to mention presidential candidates to the Republican Party. If he were right, though, and only people like him went to Heaven, it would take a lot of the juice out of being one of the Chosen Ones. As Mark Twain once said:

“Heaven for climate, Hell for company.”

Camping isn’t the first prophet to predict the end of the world.

The New York Times carried a report on Robert Reidt, a German-born house painter from Long Island who predicted an apocalypse on Feb. 6, 1925.

He had a rather specific idea of what was going to take place.

At midnight Jesus would appear “mounted on a dark cloud, surrounded by brilliant light that shall blind the eyes of the wicked.”

Then 144,000 select souls would be transported to a gathering place near San Diego and then to Heaven – with a pause at Jupiter because “the holy shall not travel on the Sabbath.” Reidt had 12 followers at the time, four of them his children.

I love using San Diego for the lift-off, but I especially love the layover on Jupiter. If the world were ending, the least you could expect of God is a direct flight. I bet their luggage would have gotten lost too.