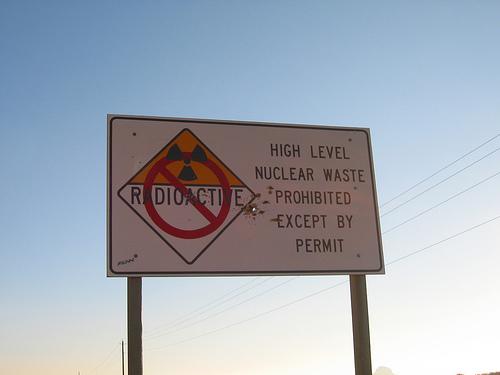 Promoters say
To have no fear;
We know it couldn’t
Happen here.

Just to be sure we’re all on the same page, here are a few things we ought to acknowledge right off the bat about nuclear power:

And about the nuclear power industry, which:

True, many of these traits don’t distinguish the nuclear industry from other big businesses. But the unique dangers of nuclear power should give us pause. Every day, our 104 nuclear reactors turn out “spent fuel” that we simply don’t have a clue what to do with. Mostly it gathers in pools like those you may have heard about at the Dai-Ichi power station in Fukushima, Japan, except that ours are more densely packed. 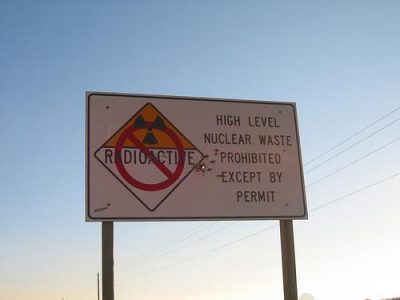 Those pools, it turns out, are even more dangerous than the reactors themselves.

While the American public may be misled by the tsunami of misinformation pooh-poohing the idea of risk, industry leaders themselves are not so deluded. The long standing Price-Anderson Nuclear Industries Indemnity Act severely limits their liability in case of meltdown. Poor Tokyo Electric Power Co. (TEPCO) wasn’t quite smart enough to get such a guarantee, and may well wash out to sea on a tide of lawsuits. Our guys are exempt.

Our bankers are similarly savvy. For the most part, they steer clear of financing nuclear reactors without federal loan guarantees in case their operator goes belly up. Reactors are phenomenally expensive to build, renowned for immense cost overruns, and subject to agonizing delays. These risks are on top of the mischief caused by their escaped neutrons. Obligingly, President Barack Obama has placed $36 billion in his budget to cover loan guarantees for new reactors. What a boondoggle.

Another advantage the industry enjoys is the length of time it takes for irradiated victims to die. Most end up with cancer, which incubates and kills rather slowly. Thus there is always the argument that many sufferers would have gotten cancer anyway. The scope of the disaster is never as immediately plain as it was with, say, Union Carbide’s 1984 Bhopal calamity.

But the deaths are no less real. Health statisticians calculate that by now over 900,000 victims have died from the Chernobyl accident.

Luckily we have the Nuclear Regulatory Commission (NRC) to protect us from such incidents. It’s fondly known in the trade as the “sleeping watchdog.” Recently, the Union of Concerned Scientists faulted the NRC’s handling of 14 serious plant incidents. And those are just the ones that were reported.

Further, the NRC has recommended that Americans presently in Japan evacuate to at least 50 miles from Fukushima. But its official emergency evacuation zones around our own reactors stretch only 10 miles from accident sites.

Fifty-mile evacuation zones would include New York City, which is only 25 miles south of the Indian Point nuclear power station. Meanwhile, the outmoded plant’s corporate operator is now applying for a 20-year permit extension. The folks who live in the Big Apple and its suburbs had better stock up on those potassium iodide pills.

Nuclear power boosters claim that the industry can help slow climate change because the way it generates electricity doesn’t release carbon into the atmosphere. However, whole coal-fired power plants are devoted to processing uranium ore for nuclear reactors, and tanker-loads of oil are burned for the mammoth construction projects required to build them. Additionally, uranium mining can poison groundwater.

Indeed the whole nuclear industry is so based on peril and profit that lying becomes increasingly inevitable. Japan is the momentary leader in post-disaster prevaricating, but the United States is near the top in danger-denying deception.