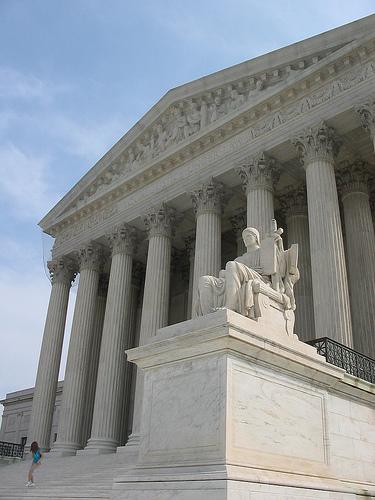 Obama is thinking about issuing an executive order that would mitigate some of the damage done to our democracy by the Supreme Court's dastardly Citizens United edict.

Come on, Obama, do it. Stand up, stand tall, stand firm. Yes, you can!

President Barack Obama is thinking about issuing an executive order that would mitigate some of the damage done to our democracy by the Supreme Court’s dastardly Citizens United edict, which unleashes unlimited amounts of secret corporate cash to pervert America’s elections.

Obama’s idea is simply to require that those corporations trying to get federal contracts disclose all of their campaign donations for the previous two years, including money they launder through such front groups as the Chamber of Commerce. 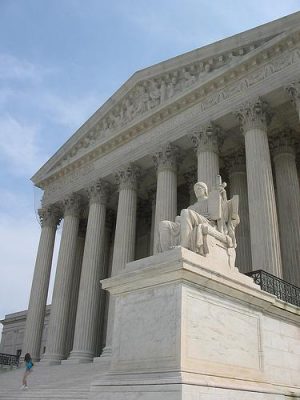 This approach says to those giants who are sucking up billions of our tax dollars for endless war, the privatization of public services, etc.: You’re still free to shove trainloads of your shareholders’ money into congressional and presidential races, but — hey, just tell the public how much you’re giving and to whom.

Neat. It would be a clean, direct, and effective reform — so, of course, the corporate powers and their apologists are squealing like stuck pigs. Steven Law, a Bush-Cheney operative who is now both a Wall Street Journal editorialist and the head of a secret corporate money fund, recently decried the very idea of public disclosure of contractor campaign contributions: “When I was in the executive branch,” he sniffed, “mixing politics with procurement was called corruption.”

Yes, Steve, and y’all were corruption experts. Perhaps you’ve forgotten about Halliburton, the Cheney-run corporation that helped put Bush in office and then snagged tens of billions in contracts, becoming the poster child of corrupt, no-bid procurement.

Come on, Obama, don’t back down under pressure from these corporate sleazes — sign that disclosure order. If they’re going to steal our elections, let’s at least make them admit it.